The Lisbon Treaty and the triumph of technocracy

An exclusive article for Indymedia.ie 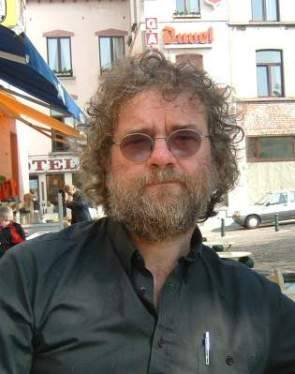 Steve McGiffen is Assistant Professor of International Relations at the American Graduate School of International Relations and Diplomacy in Paris. He is editor of the radical left website Spectre [www.spectrezine.org] and, with Kartika Liotard, MEP, the author of Poisoned Spring: The EU and Water Privatisation (Pluto Press, 2009). Steve can be contacted at spmcgiffen [@] yahoo.co.uk

The Lisbon Treaty is the latest step in a process which, though its conception can arguably be traced to the Treaty of Rome itself, was born at Maastricht. This process is one of removing what is truly of fundamental importance to capitalism  principally, the way in which it manages its economy  from the realm of an at least partially democratised politics.

This is, moreover, not an exclusively European process, but one which is global. As parliamentary institutions have spread following the collapse of authoritarian systems of 'left' and right, they have simultaneously been deprived of a range of powers once considered proper to them.

The nationalist right makes much of the transfer of powers from national to transnational institutions, from Dublin or London to Brussels, for example. Not sharing their 'patriotic' fantasies, I am far more concerned by the transfer of powers from institutions whose nature makes them responsive to popular sentiment, to those essentially immune to such pressures. Not only the European Union, but other regional bodies such as the North Atlantic Free Trade Agreement, and international institutions like the World Trade Organisation and the International Monetary Fund, have now narrowed policy choices available to national governments and parliaments to such an extent that 'legitimate' democratic pressure can no longer be brought to bear on the most important areas of policy.

This does not, as yet, represent the complete abolition of democracy, whose continued existence, albeit in shadow form, retains a powerful propaganda function. We are still able to decide for ourselves, as peoples, whether we want legalised abortion, a smoking ban, gay marriage, identity cards and even, as things stand, a socialised system of health care. Yet these issues, though important in themselves, are either subordinate to the economic questions now effectively removed from politics, or not truly controversial within the realm of capital itself. Whether a country has legal abortion or not has few implications for capitalism, which has shown itself capable of adapting to progress towards gender equality. Similarly with the issue of gay marriage. Right-wing views on such matters are mere atavisms, of no fundamental importance to the maintenance of this hyperexploitative system. What really counts is the economy, and the creation and maintenance of conduits for the transfer of public wealth into private hands. Of the issues I mention above, the one which bears most heavily upon this is the question of socialised medicine, which is why the European Commission has, with measures such as the directive on the application of patients' rights in to cross-border healthcare, begun what will become a steady, erosive assault on this cornerstone of a civilised, humane and efficient society.

No issue is immune from removal from the democratised realm in which elected national governments answerable to elected national parliaments continue to exercise real decision-making powers. The Lisbon Treaty's extension of qualified majority voting into several new policy areas, and the concomitant abolition of the national veto in those areas, represent an attempt to narrow the policy choices available to elected politicians still further.

Capitalism faces what may be its greatest ever crisis, one which has been evident to it since the oil shocks of the 1970s. In order to extricate itself from this crisis it needs to increase the rate at which it extracts surplus value from labour. There is no other way, and everything must be subordinated to this. All policy areas must be scrutinised through the lens of corporate capital's economic imperatives. The war on terrorism, another part of the process of undermining the powers of democratically elected institutions, is about creating the structures needed to discipline what is certain to become an increasingly rebellious, troublesome population and workforce. The continued pressure to force member states to accept genetically modified organisms is designed to enhance the control of the food supply by major corporations, as hunger is an even more effective disciplinary tool than a police officer's baton or gun. Whatever else the bank crisis may be, it also represents an opportunity to move wealth from the public purse to private pockets. The wars in Iraq and Afghanistan likewise. Because any and every aspect of our lives can be turned into an opportunity to profit, any and every aspect of our lives must eventually be removed from the realm of popular democratic decision-making, or even influence. Governments must cut social spending because Brussels tells them they must, just as Tony Blair took his country into an illegal war because God told him to do it. Popular sovereignty was a fad whose time has passed.

The creation of an independent European Central Bank was thus the thin end of the wedge. Politicians, we are told by those who favour this dictatorship of the bankers, are not for the most part economists; they are vulnerable to their short-term need to win elections; they cannot be trusted to put the public interest before career or party. If all of this disqualifies them from making economic decisions, however, they are surely also unfit to decide on other questions. Abortion, gay marriage? Well, they aren't necessarily lawyers, doctors or philosophers, either, so why let them near such issues? GMOs? What does the average politician know of DNA markers or protein structure, or the relationship between genotype and phenotype? Clearly, if politicians, and by implication the people who elect them, can't be trusted to take decisions about economics, they can scarcely be trusted to take decisions on anything at all. And so, in place of democracy, we now have a developing technocracy, in which decisions of importance are increasingly removed from the elected and given to the appointed.

The European Union's bogus internationalism makes for effective propaganda. I concentrate my own oppositional activity on the EU simply because it is the most powerful distillation of bourgeois hegemony in my part of the world. Its function and philosophy are indistinguishable from other transnational instruments of technocratic rule such as the WTO and IMF. I am equally opposed to these international bodies, yet in presenting my arguments against them I have never once provoked the charge that I am nationalistic, or anti-internationalist. No-one, even their most ardent admirers, has ever to my knowledge tried to romanticise these institutions, to claim that they are responsible for decades of peace, or that they represent a future in which we will all embrace across boundaries of culture and language. Yet such things are said of the European Union all of the time.

A second 'no' vote would, of course, achieve nothing concrete. Ireland would be reviled, the Irish people insulted, the democratic veil worn by the European establishment once more cast aside, and a way found to continue business as usual. It would, however, represent a tremendous blow on the level of propaganda, and thus an important step in the war of position we are obliged to fight, now that power is so diffuse, now that there are no more Winter Palaces to storm. Two centuries of progress towards politically and socially democratic societies are being reversed. At the very least, a no vote would mean that this is not happening with our acquiescence. At best, it might represent the beginnings of an effective progressive movement against this ongoing subversion of everything which underlies the relatively egalitarian prosperity and relatively open societies which have increasingly characterised western Europe since the defeat, in the ruins of Berlin in 1945, of the last attempt to destroy democracy and impose a bogus Union on its peoples.

Steve McGiffen is Assistant Professor of International Relations at the American Graduate School of International Relations and Diplomacy in Paris. He is editor of the radical left website Spectre [www.spectrezine.org] and, with Kartika Liotard, MEP, the author of Poisoned Spring: The EU and Water Privatisation (Pluto Press, 2009). Steve can be contacted at spmcgiffen [@] yahoo.co.uk


A list of some of the groups campaigning against the Lisbon Treaty can be found HERE.

Messages of Support for those struggling against Lisbon 2
"Best wishes to you and the movement in Ireland." - Prof. Howard Zinn
"All power to you." - John Pilger
"Sounds as though you've got a good collection of people." - Prof. Noam Chomsky
"Best wishes." - Milan Rai
"I really appreciate the request  but I just dont know enough about the situation to write on it, I am afraid. But I look forward to reading your piece, and learning more that way." - Michael Albert
"Best wishes." - Prof. Edward Herman
"Keep up the great work, Indymedia's so crucial, and we have lots to learn from your fightback in Ireland!" - Prof. Patrick Bond
"Thank you very much for inviting [me] to take part in an article for Indymedia Ireland. [I] very much appreciate this invitation." - Naomi Klein
"The establishment lies about Lisbon must be combated through a vigorous campaign. We have to explain the pro-big business and anti-worker nature of the Treaty." - Joe Higgins MEP

Related Link: http://www.spectrezine.org
http://www.indymedia.ie/article/93119
Indymedia Ireland is a media collective. We are independent volunteer citizen journalists producing and distributing the authentic voices of the people. Indymedia Ireland is an open news project where anyone can post their own news, comment, videos or photos about Ireland or related matters.