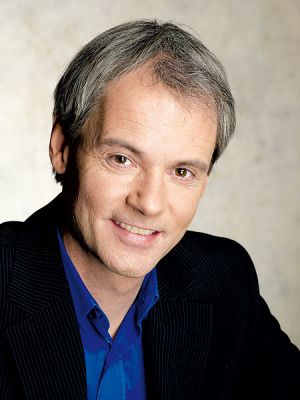 In 2005 the Dutch people overwhelmingly said no to the constitutional treaty, just as the French had done some days before. In contrast to the Irish, this was the first time the Dutch people had been allowed a say about the future of Europe; and they made it clear that they didnt like the way it was heading. Did they want to get out of the EU? No - the Dutch are big supporters of EU membership, just like the Irish, but they dont want Europe to develop into a federal superstate.

Related Links:
VOTE NO to Lisbon - Raft on the Liffey Launch | Irish Friends of Palestine Against Lisbon put their case to the public in Dublin's Grafton Street | Green Party U-Turn on a Democratic EU | The Lisbon Treaty and the Triumph of Technocracy | Debut of Irish Friends of Palestine Against Lisbon outside Dublin EU Parliament Offices | 13 Things the Lisbon Treaty Would Do | The Legal guarantees on Lisbon Treaty will not change treaty - a propaganda stunt to mislead voters | Dáil shouldn't have inferior Lisbon Treaty powers to German Parliament, controlling ministers | The Lisbon Treaty, Alan Shatter and the guys in hoods! | Lisbon Treaty News: German Constitutional Court delays Germanys ratification of the Lisbon Treaty | The Gurantees: Comment by Jens-Peter Bonde | Spoofing the Irish media and public with Lisbon guarantees that guarantee nothing | Supposed hard fight to secure guarantees on Lisbon Treaty: a clever tactic to mislead says McKenna | Lisbon: Round Two - A bosses charter, with or without 'guarantees' | The Lisbon Assurances - A Closer Look

Instead of changing the EUs direction, our government [the Dutch government] insisted on changing the appearance of the treaty, which was blamed for the misunderstanding by the Dutch people. All the governments of the European Unions member states pitched in to offer to help the Dutch and others to avoid new referenda. Our government took the unilateral decision that no new referendum was needed, because now, stripped of its symbols and re-baptised as the Lisbon Treaty, the treaty was no longer deemed constitutional. My own parliamentary initiative for a referendum on the Lisbon Treaty was stranded by a blockade of the governing coalition parties.

Luckily the Irish constitution is better at protecting its citizens against the giving away of their countrys sovereign power by its politicians than is ours, in that it makes a referendum on the treaty obligatory. Sovereignty is not something to be given and taken away by politicians, but belongs to the people. Even the recent ruling of the German Federal Supreme Court forces the German Government to make arrangements to secure the power of the countrys parliament against the changes made by the Lisbon Treaty. As it rightly states, the European Parliament is no substitute for the national parliaments, which are the primary representatives of their people. Handing the European Parliament more powers is no excuse for taking them away from national parliaments.

But the EU doesnt take no for an answer - not from the French, not from the Dutch and not from the Irish. So, after you wisely said no to the treaty, a new scam was organised. On all the justifiable worries of the Irish people - on the threat of a European influence on taxation, abortion law, social provision, and neutrality in time of war, texts have now been produced which say bluntly that the Irish people should not worry and were wrong all the time. When I asked our prime minister what these guarantees would change in the Lisbon Treaty, his reply was that the Irish government had agreed that "all guarantees would be in keeping with the Lisbon Treaty." The demand from other member states was, in so many words, "no special status for Ireland when it comes to the question of neutrality." But how can Ireland be neutral while at the same time troops operate abroad under an EU flag and therefore also in the name of Ireland, a practice that will increase should the Lisbon Treaty be adopted?

To win over the Irish people, the European Commission has also launched this year a multimillion dollar information campaign. This is nothing but one-sided propaganda at the expense of the taxpayer.

So again the Irish people may vote - on exactly the same treaty. On the last occasion the Irish people voted in the name of all other European peoples, including the Dutch, who were deemed by their own politicians unfit to judge the treaty. Now, the Irish may not only vote on the Lisbon Treaty a.k.a. the Constitutional Treaty, but also have the chance to send a message to all the European leaders: that power belongs to the people, and when they say no it means no. After the rejection of the treaty by the French and Dutch, and last year by the Irish people, this third time I have trust that the Irish will say, in relation to the Lisbon Treaty: three strikes - youre out.

Related Link: http://international.sp.nl/
http://www.indymedia.ie/article/93503
Indymedia Ireland is a media collective. We are independent volunteer citizen journalists producing and distributing the authentic voices of the people. Indymedia Ireland is an open news project where anyone can post their own news, comment, videos or photos about Ireland or related matters.