After the Ryan Report...The Next Big Scandal?

A child protection worker speaks out 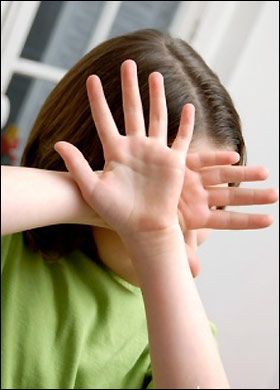 The Ryan report into the abuse that occurred in the industrial and reformatory schools  which were run by the religious orders and supposedly under the supervision of the state  has recently been released. At this systems height there were 7,998 children in the care of the state. Since the release of the report we have heard politicians rushing to condemn this system and saying how shocking it was. I find it incredible to hear the politicians pandering to the press in their condemnation of the old industrial school system when they know that children under their care in 2009 are being neglected still.

Considering the gravity of the Ryan Report it would be natural to assume that the government is now doing everything in its power to prevent the abuse of children in state care. You would like to think that considering how wrong the government got it in the past, they would be doing their utmost to protect the children in their care. However that is not the case.


The government has confirmed that 6,500 child protection cases have not been allocated a social worker. There are over 1000 children who have been taken into state care that exist without a social worker: the state has no idea what is going on where they have been placed. No idea if these children are facing neglect, emotional, psychological, sexual or physical abuse. High caseloads, staff burnout and massive staff turnovers mean that a child can have as many as 6 social workers in the space of a year. That is if they are lucky to have one at all. The reality is that if we intervene at all its nearly always too late.

My official title is community care social worker. But no one calls themselves that. We are child protection social workers. This is an indication of where the emphasis in our work lies. That is, to intervene only after the abuse has occurred. There is no prevention, no monitoring, only reaction after a child has been abused.

About 800 children leave state care every year with no after care or no statutory right to it. The outcomes for many people who went through the industrial school system were not positive. Homelessness, mental health issues and alcoholism have marred many peoples lives since leaving the system. So what are we doing now to prevent the same happening to children in state care today? The answer is next to nothing. Once a kid hits 18, legally the HSE is covered and doesnt care what happens to that young person next. A Focus Ireland study on young people leaving care in Ireland indicated that two years after leaving care 68% of those who had been in health board care had experienced homelessness.

One of the most telling signs that the government really does not care about the children in its care is the shocking fact that over 454 migrant children have gone missing from state care since 2000. When Madeline McCann went missing the outpour of media and emotion was overwhelming. But these children are forgotten about and not even given a column inch in a local newspaper. A report is filled and thats it. These are the most vulnerable in our society and the government doesnt appear to care.

The practice of covering ones own ass has become foremost in many social workers minds. Meeting and decisions that can cause more damage are carried out so that at least its down on paper. Bureaucracy has taken over and social workers feel that they are becoming more like administrators that have to record every detail of every conversation rather then actually spend time with the families and child. We are all waiting for the next scandal and want to know that when it hits we cannot be scapegoated.

At a recent conference Prof Pat Dolan (director of the Child and Family Research Centre at NUI Galway) hit the nail on the head when he stated: I sense a panic reaction among professionals, a defensiveness that is going to make things even worse. Early intervention is being done less as professionals seek to protect the system and themselves rather than the children. Theres a tendency to get into form filling . . . making sure they are covered rather than looking at high-risk cases.

And so the government response is to soberly look at the camera to indicate disgust at the Ryan report and to put increasing pressure on social workers to not screw up. As a result children who would not normally be removed for a home are being removed and why? To cover ones own ass and that of the government. It would be nice if we had a clearer picture of what they were being removed to. With the head in the sand policy the government are taking, only 20 years will tell.

The reality is that another scandal lies in waiting. I know, as do most of my colleagues, as do those that run the country, that it is just a matter of time before it breaks. However, those children are not heard or cared about by the politicians  children cant vote and the media coverage dies away. If we dont want history to repeat itself, we need a system that values the rights of children more than the profits of bankers.

Related Link: http://www.wsm.ie
http://www.indymedia.ie/article/93062
Indymedia Ireland is a media collective. We are independent volunteer citizen journalists producing and distributing the authentic voices of the people. Indymedia Ireland is an open news project where anyone can post their own news, comment, videos or photos about Ireland or related matters.