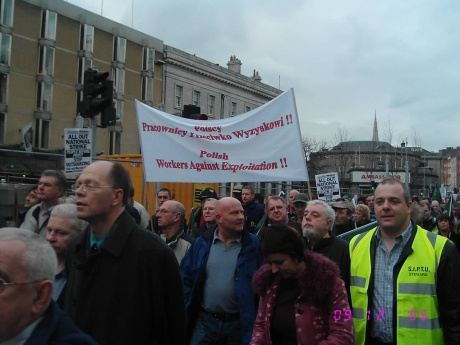 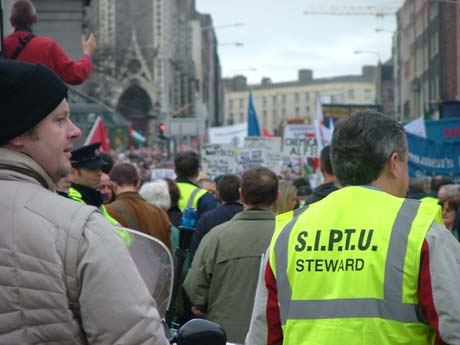 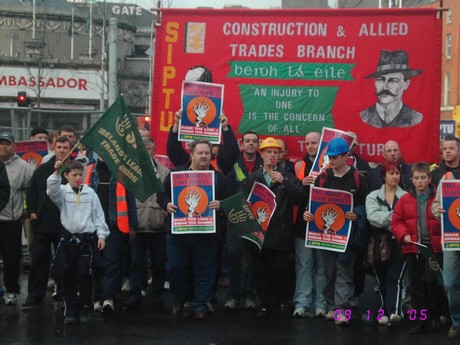 An Injury To One Is The Concern of All 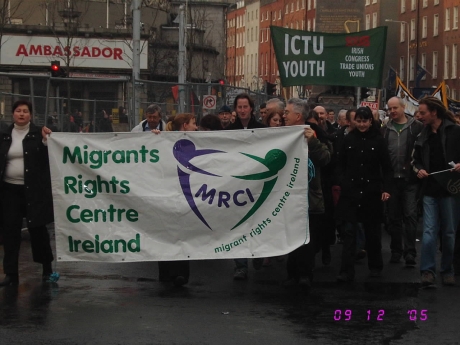 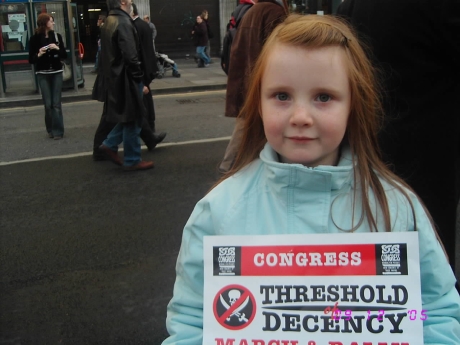 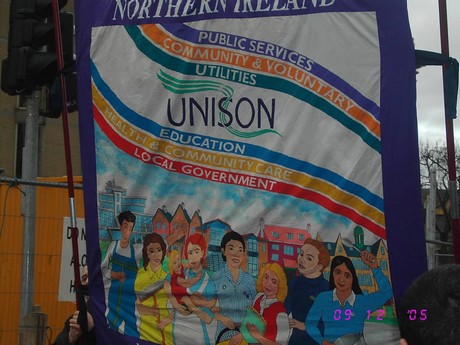 Today, December 9th, 150,000 workers took to the streets all across Ireland in the biggest working class mobilisation since the 1970's. They were protesting against the treatment of their fellow workers in Irish Ferries, who the company want to replace en masse with hyper-exploited immigrant labour, earning less than half the minimum wage. The protest's aims were more broadly defined by ICTU to include a general opposition to exploitation, racism and 'the race to the bottom'. it clearly struck a chord.

Background Info & photos and reports from the March in:
The Sleeping Giant Stirs - Irish Labour on the March
More Photos & Reports

Cork: "Thousands on the Streets"

"In our thousands we fell in behind the banners of our unions. TEEU, SIPTU, IMPACT, IWU, CWU. etc a few Starry Ploughs, Anarchist flags, Socialist party banner, Labour, Shinners.... The speakers on Connolly Hall played Luke Kelly. People shook hands met old friends made new ones. Men and women who had know hard struggle to beat poverty and oppression mingled with the children of the Celtic Tiger. There was grim determination on faces all around."

"Listening to Michael D. powering it out, Countess Markievicz's description of Big Jim Larkin speaking during the industrial dispute of 1913 came to mind: "Sitting there, listening to Larkin, I realised that I was in the presence of something that I never came across before, some great primeval force rather than a man, a tornado, a storm-driven wave, the rush into life of spring, and the blasting breath of autumn, all seemed to emanate from the power that spoke."

Read the full report and view the photos

"To be honest, I was afraid that the whole thing was gonna be a bit of a damp squib, with just a few union heads around the place, but when I arrived at ten to one it was already obvious that it was gonna be big" Read more from "St John's" report here

If you have any pictures or reports from any of these marches, add to our coverage, by publishing them on our Open Publishing Form

At the last Dublin demonstration

Tearing up and "pulling down the pillars of the social order" and Sustaining Progress - Social Partnership Agreement.

http://www.indymedia.ie/article/73352
Indymedia Ireland is a media collective. We are independent volunteer citizen journalists producing and distributing the authentic voices of the people. Indymedia Ireland is an open news project where anyone can post their own news, comment, videos or photos about Ireland or related matters.